At Cirrus, We’re all about streamlining documents and creating efficiencies wherever possible. That’s why we’ve done away with the traditional brand standards PDF.

No longer will we need to share an updated file company-wide, and ensure every employee is referencing the most up-to-date document instead of one of the several outdated PDFs they have on their computer.

If you have any questions regarding the Cirrus brand, please email: brand@cirrussecure.com

At Cirrus, We’re all about streamlining documents and creating efficiencies wherever possible. That’s why we’ve done away with the traditional brand standards PDF.

No longer will we need to share an updated file company-wide, and ensure every employee is referencing the most up-to-date document instead of one of the several outdated PDFs they have on their computer.

If you have any questions regarding the Cirrus brand, please email: brand@cirrussecure.com

We are borne of bankers who believed there was a better way. That the journey from conversation to closing was broken—so we created a company to reimagine it.

We believe in chasing deals, no documents. Because time is the most wasted thing on the planet.

We believe in transformation over transaction—that deals turn into deeds—and deeds into dreams realized, for our clients and theirs.

We believe in the humans of every bank and the clients they serve so we create flexible systems made for humans, by humans. And nothing less.

We believe in the future—and that the technology we create today will fuel the success of generations tomorrow. That a focus on people over paperwork leads to profitability. And transparency for all, leads to triumph.

We dream-makers and disorder takers who believe in the art of the deal, and have built the science behind it. So we order our lives and our livelihoods according to a higher belief—that Cirrus is a calling. To rise above. To strive. To seek. To find, and not to yield.

Driven by integrity, excellence, innovation and determination, we accelerate the deal to help win the day. Because when we close faster, it’s better for everyone.

Cirrus is the only lending software built around you that’s designed to accelerate deals and deliver more results.

Built to Flex
Reassurance for the table-stakes in this category of security; ‘streamlined’ addresses simplicity and your former value prop of reducing chaos.

Processes
‘Flex around your people’ reminds users this is software built around them—tracking back to the Onlyess of Cirrus vs. competitors.

Collaboration
Ditch ‘accelerate’ and focus on ‘streamlining’ that results in finishing deals faster.

The Three C’s will be our bedrock. It’s the three things that we do within our value proposition.

Chase down deals not documents; Cirrus is designed to streamline collection of documents into one, simple interface.

Checklists, collaboration tools and flexible workflow make for less friction and more transparency every step of the way.

Streamlined deal flow and documentation lets you and your team close more deals—faster.

There are four approved brandmarks for use on Cirrus-branded collateral and materials.

The stacked brandmark is one of two approved brandmarks. It should be used whenever possible, and/or whenever horizontal space is limited.

The single-line brandmark is one of two approved brandmarks. It should be used whenever possible, and/or whenever vertical space is limited.

The logomark is our simplest mark. It should be used only when the brand name is written out or visible elsewhere on any given piece of branded material.

It can be used as profile pictures on social media pages, the Cirrus website favicon, and in other unique scenarios.

The wordmark can be used without the logomark if space is limited, or if the logomark is intended to appear elsewhere on the same piece of branded material. Use the wordmark only if one of the two approved brandmarks do not fit the given layout.

The primary color palette consists of two colors: orange and black. You are encouraged to use these colors in background imagery, headline, or icons and illustrations.

Our brand relies exclusively on one typeface family: Sora. Sora is available from Google Fonts, and comes in eight total weights.

However, for our brand, we rely on two weights specifically: Regular and Bold.

Sora Bold should be used for headlines and titles, and in instances when you want to capture a viewer’s attention, or create separation between pieces of content in branded material.

Sora Regular should be used for body copy and captions, or whenever you’re typing out dense columns of text. In rare instances, Sora Regular can be used as a headline font, but please contact us for approval before doing so: brand@cirrussecure.com

We rely primarily on stock photography when it comes to designing marketing content, but in order to achieve a certain level of “ownability” we encourage you to follow the below photographic guidelines. 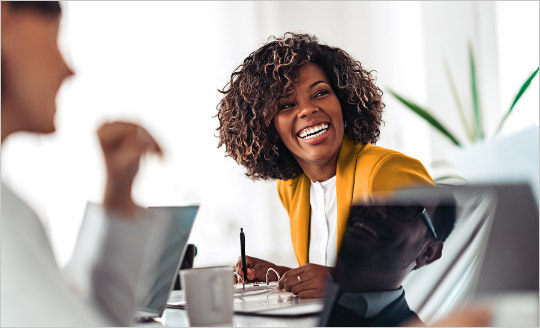 Source bright image with natural light whenever possible to complement the often dominant use of black within our visual identity. 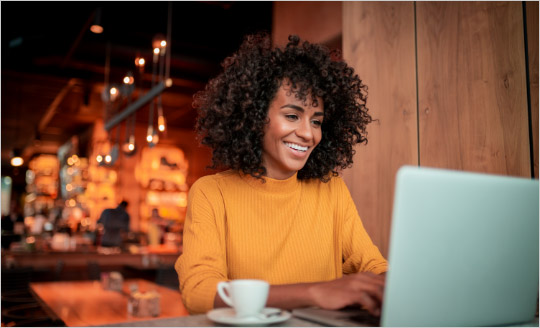 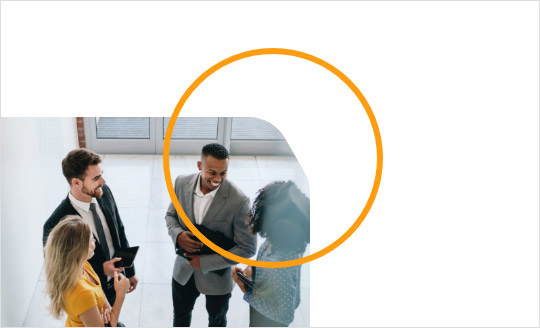 Whenever possible, crop images using the corresponding masking shape available via the download link below.

Never crop more than one corner, and it’s up to the designer’s discretion to determine the best corner to crop. On our website it’s most often in the upper-right or upper-left, but you may find it’s more appropriate in the lower-right or lower-left for your particular layout.

Do not apply this crop affect to video frames or screenshot images of the application/software.

We source our icons from iStock, and specifically from the library of designer Enis Aksoy.

But we don’t just stop there. In order to create more “ownability” in our icon set, we’ve altered every icon so it has elements of a hexagon within. It’s up to the designer’s discretion to determine how many hexagonal elements to include in each icon, but we encourage you to keep it simple when possible, and focus on applying the hexagonal effect to the more prominent elements of the icon.

Below are examples of some of our most relied-upon icons. Carefully observe how each has elements of a hexagon and have fun applying the effect to future icons.

To add visual interest to our marketing materials, we’ve established a set of graphic elements to supplement the typography, photography and iconography in our visual identity. Use these elements to establish a Cirrus presence in your composition, and create branding consistency across all of our materials.

Instead of using a standard 4-corner rectangle for a background or image mask, we encourage you to take advantage of the below set of shapes. It’s important to remember that only one corner of the image mask or background shape should appear to be “hexagonal.” Determining which corner is most appropriate to crop with the hexagonal shape is up to the discretion of the designer, so feel free to “flip” the shape horizontally or vertically to accommodate your layout.

The size and shape of the hexagonal corner doesn’t scale ideally, so we’ve established a set of differently-sized shapes best suited for specific instances and widths. Please use the below chart to determine which shape from the downloadable resource file to use in your layout. If you need to increase the height of the shape, do so by adjusting only the lower-left and lower-right anchor points.

The below images have been scaled down to fit this page. To see the shapes in their full resolution, download this file. 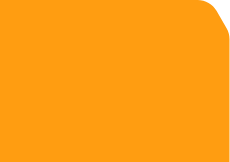 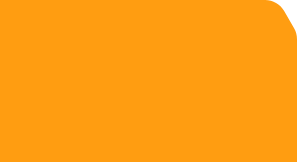 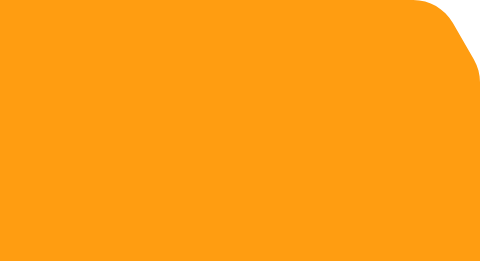 In order to create additional visual interest in layouts, we encourage you to use our primary graphic element: the “Trio.”

It’s three hexagons, inspired by the shape of our logomark, each representing one of our “Three C’s.” This element should be enlarged and cropped within one of the above shapes or by the page of the layout itself. It should never appear in its entirety—at least one of the hexagons of the Trio should bleed off the container or page.

When determining the best and most appropriate colors, we encourage you to make the Trio one shade lighter or darker using our brand color palette and the guide below.

When using the grayscale palette, you may need to reduce the opacity of the Trio to 20% for to increase legibility of any text that may appear on top. 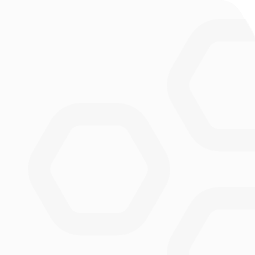 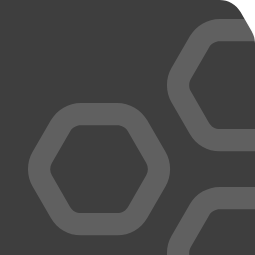 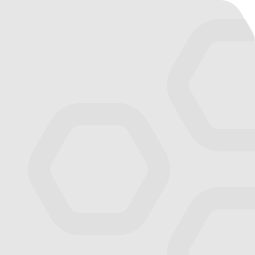 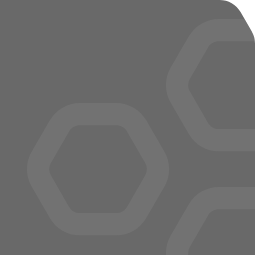 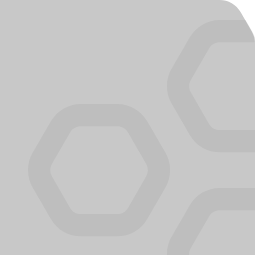 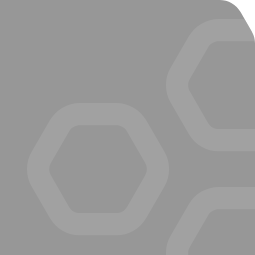 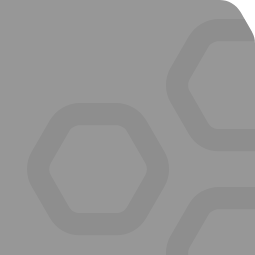 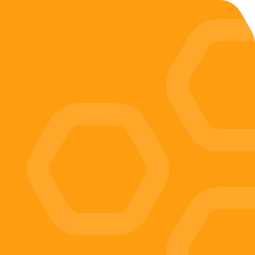 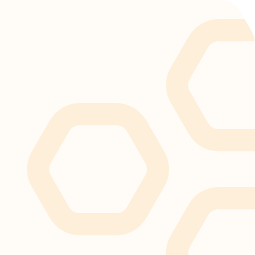 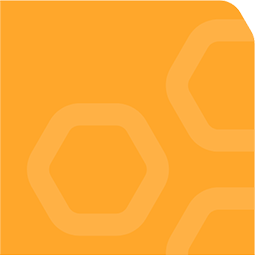 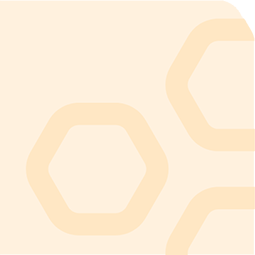 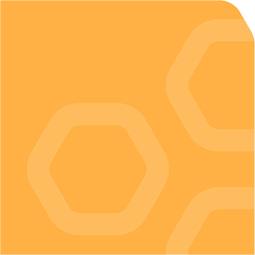 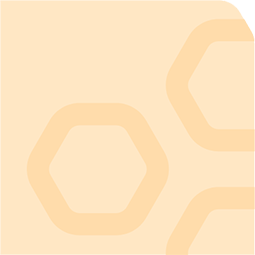 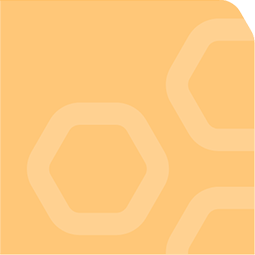 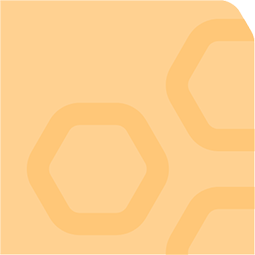 Brand Standards are often just guidelines—a foundation or a starting point—not an inflexible set of rules. When in doubt, stick to the standards set out on this page, but if you have any questions, concerns, or new ideas for where to take the design or messaging of a new piece of branded collateral, please contact us: brand@cirrussecure.com